Take everything you know about traditional media and throw it out a ten story window. Laugh gleefully at its destruction and enjoy a baser instinct than your probably used to for the briefest of moments, go ahead. You will get far more joy that way than holding onto obsolete learning in an era of monumental change in the very foundation of human interaction.

I’m not talking about any one medium be it newspapers, magazines, television or websites, I am talking about a fundamental change in demand for every major institution set up to distribute information. We have crossed a threshold in the progression of human communication unlike anything seen in our history outside of the invention of the printing press, and even that remarkable event is one millionth of the significance.

Let me explain it like this. In 1994 perhaps you saw the movie The Puppet Masters, an alien invasion movie about small creatures that latch on to humans and use their brains and body to wreak havok. The most interesting part about this, two stars on a good day, film was the idea that the creatures were designed to periodically share all information through a central hub creating a form of super intelligence based on shared knowledge. Like a giant redwood forest the creatures connected themselves together creating enormous power out of unity and shared information. It is this concept that makes social applications of internet technology so incredibly important, and basically all other forms of media dsitribution obsolete, the concept of a world of knowledge made accessible in a single click.

This is true for one single reason: simplicity. Nearly every aspect of attaining and distributing knowledge has become enormously simple in the age of social networking. The enormous production power demanded for message distribution by way of television, print and radio have been dramatically cut down by new techology, democratizing the very act of publishing and distributing information to the masses. For $200.00 today you can by an HD video camera complete with ready to install editing software (see Flip Camera Mino HD) and post that video to a community of hundreds of millions for free, you can write and distribute articles with the very same blogging software (for free) that many major media outlets use for their own online journals (see WordPress), bottom line is an individual with limited resources can create an incredible wealth of content without the enormous resources it took to do this in the past.

What is the downside? The easiest to point out is quality, and indeed this change does change the average quality of mediated information dramatically. The average quality of information, given such a wide spread distribution of content creation, is easily the largest drawback of this new media paradigm. Where you used to have stories fact checked tirelessly and requirements for confirming facts before they are printed today those restrictions and quality controls have all but disappeared, creating a wealth of intentional and unintentional misinformation, and leading many to dismiss blogs and new media as forms of journalism. This criticism, however legitimate in a technical sense, is not a fair representation of how facts are actually consumed. Theories stating the “magic” impact of mediated messages have been debunked since the beginning of empirical study largely because we, as intelligent beings, do not automatically assume the truth of incoming information. Indeed the very need to erect a solid “bullshit” filter over the long term could very well improve the state of human affairs, an evolution of information processing on a human level creating an intellectual immune system.

A second argument against the degradation of quality point is one we can trace back to competitive theory: with such enormous amounts of information being created and distributed quality will increasingly drive successful distribution. Like an enormous peer-review journal social networking and the sharing networks that are being developed are naturally developing defenses against false, misleading and incorrect information. There is simply very little market for unsubstantiated facts and those that dabble in it are forced to do so in a transparent way as competing facts are often presented with breathtaking speed. People’s very reputations, and follower counts, are tied to distributing accurate and helpful information and a violation of that trust is tantamount to betrayal.

Therefore we have begun to see a world that is changed in incredible ways, and it is not done yet. Only three years ago social networking was barely a thought on the modern media landscape, only ten years ago America Online was a powerhouse, and only forty years ago the computer was run on punch cards. The new landscape will require an ongoing flexibility of us all and the pace of change will be faster than we, as humans, can realistically comprehend however adaptation is the basis of evolution and this is an adaptation we can be excited to watch. 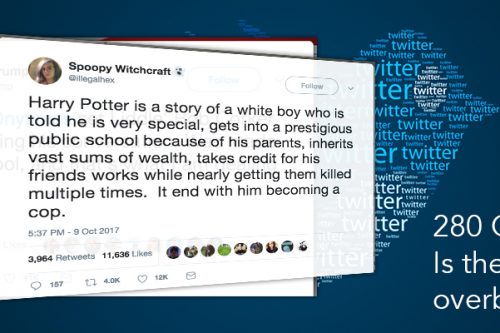